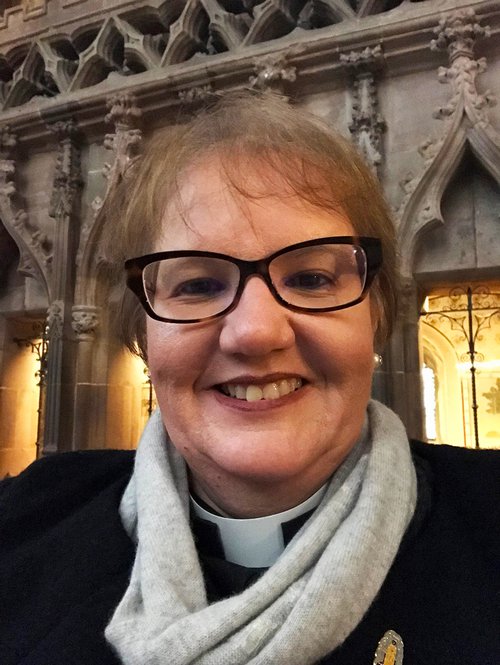 The Bishop of Monmouth has paid tribute to the Archdeacon of the Gwent Valleys who died suddenly on the 24 July.

The Venerable Sue Pinnington MBE died peacefully at her home. She was 55.

Bishop Cherry Vann described her death as a “great loss” and a “huge shock”.

She said, “Today we have lost a pillar of our church family and community. Archdeacon Sue had a real passion for the mission of the church. She was full of energy and was hugely popular, both with those she served and with her fellow clergy. She was an excellent and supportive colleague and will be greatly missed. Her death is a huge shock to us all and a great loss. We commend her to God and our sympathy and prayers go out to her family and loved ones.”

Sue Pinnington had served as Archdeacon of the Gwent Valleys since 2018. She was also the Diocesan Director of Mission. She was ordained as a Priest in 1998, having trained at Trevelyan College, Durham, and St Stephen’s House Oxford. She served her curacy in Oakham, Peterborough Diocese, and was then appointed Vicar in Cottingley, in Bradford Diocese and, from 2004, an honorary Canon at Bradford Cathedral. In 2008, she was appointed Rector in Houghton Le Spring in Durham where she served for the next 10 years. In 2010 Sue was awarded an MBE for services to the community, pioneering a flagship project to regenerate the centre of Cottingley.

Please direct any queries to the Bishop’s Office at: monbishpa@churchinwales.org.uk

Attend the funeral via live-stream on Monday 9th August at 11am.