New Archdeacon of the Gwent Valleys and Director of Mission announced 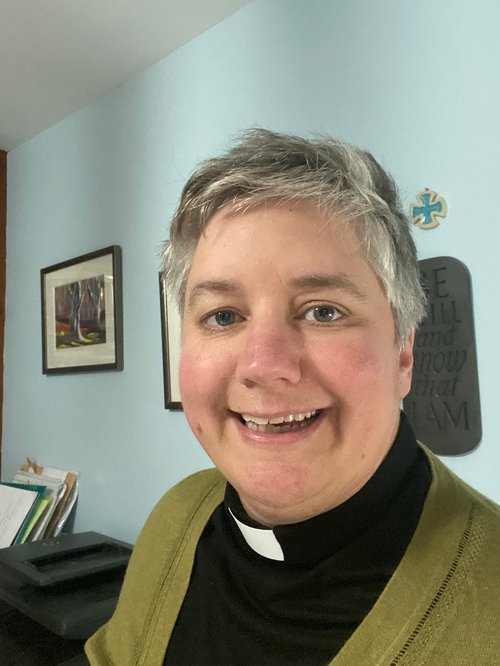 We are delighted to announce that Revd Stella Bailey will be joining the Diocese of Monmouth as Archdeacon of the Gwent Valleys and Director of Mission.

Currently serving as Vicar of St Nicholas Church Kenilworth and Area Dean in the Diocese of Coventry, former police officer Stella has seen the best and the worst of humanity and comes with a wealth of experience.

Making the announcement, the Rt Revd Cherry Vann, Bishop of Monmouth, said: “I am delighted that Stella will be joining us as Archdeacon of the Gwent Valleys and Diocesan Director of Mission.

“Stella brings with her extensive experience drawn from her work both outside and within the church. Her gifts and skills have been honed by a deep faith, a passion for the gospel and a heart for those who are marginalised.

“She will be an Archdeacon that gets alongside people and a Director of Mission who will work collaboratively to inspire, support and make a practical difference.

“I look forward to welcoming her and working alongside her in the service of the Gospel.”

Stella is ‘excited’ to be following God’s calling to the Diocese of Monmouth and joining an ‘amazing group of faithful disciples and clergy.’

Speaking about her appointment, she said: “I look forward to joining you in God’s mission, in loving the people of this diocese and working out what it looks like to be people who live our faith through the five marks of mission.

“Coming from a working-class background myself, I feel a strong calling to minister amongst the ordinary people of Wales, shaping new ways of being church, nurturing disciples and engaging with our communities in transformational mission.

“I am passionate about shaping the church to enable it to preach the gospel afresh for this generation.”

Born and brought up in Northamptonshire, Stella moved to Coventry as a teenager where her faith was nurtured and developed.

She studied Theology at Westhill College University of Birminghamand worked in several factories before becoming a police officer in the city of Coventry.

Following her calling, however, she trained for ordination at Ripon College Cuddesdon and was ordained in the Diocese of Coventry in 2009

A former foster carer for teenagers, Stella has a heart for those marginalised in society.

She explained: “I keep up to date with emerging social needs and seek ways that I can creatively respond. Sometimes this involves giving a voice to those who are voiceless, acting as an advocate or using my platform to highlight the issue and help bring about change. I teach about the issues of injustice, prejudice and unconscious bias so that the church can be more Christ like in its appearance. I proactively bring my gifts, experiences, and energy to make a practical difference such as the formation of charities or programmes to address social need, to either long term or for short projects.”

Stella will be moving with her partner Karen and their two dogs, Lyra, aHusky, and Stewie,a mongrel rescued from Romania.

Following ordination Stella became the Vicar of St Mary Magdalens in Coventry - a city parish where many families and students live. Over a period of time the worshipping community became intergenerational with a deep heart for reaching out to the community through social action. Here, she helped set up an employability project to help those in IT poverty apply for jobs, gain interview skills and undertake work experience. The church became a host church for the winter night shelter and co-ordinated aid for refuges in Calais.

She later moved to St Nicholas Kenilworth - a large civic parish. Here, Stella worked with the worshipping community to form a development plan specifically aimed at enabling this church to grow numerically and with a younger age profile. This has included the creation of a ‘mixed economy church’:

Since 2018 she has been Area Dean. The Deanery consists of 13 churches, 11 of which are rural.

Stella has also served in many roles including trustee of various charities; the chair of governors at two primary schools; member of the Diocese Synod and Bishops Council; Chair of the DAC and member of the Church of England’s General Synod.

She also has vast experience in the vocations process.

When she’s not working, football fan Stella can be found in the terraces supporting Aston Villa (however, she could be convinced to support Newport County!). A keen gamer, Stella also enjoys catching up with her eclectic group of friends on the PlayStation!